The Three Tripwires That Trigger WW3

There are three tripwires that will trigger WWIII
Invasion of Iran, Syria, or Pakistan will force the China-Russia S.C.O. Alliance to act in defense of it's vital interests. US/NATO aggression in one of these sovereign nations will trigger events that rapidly escalate into WW3.  China and Russia are military allies under the S.C.O. They were forced to quickly join ranks after the USA and NATO commenced their barbaric military crusade against Muslim countries in 2001.   They routinely perform war-games together.
Iran:  Both China and Russia have put the USA/NATO partners on notice, and warned them not to attack Iran.     The foolish cheerleaders who advocate bombing the peaceful Iranian people, are really cheerleading for WWIII.
The Russians have issued a stern ultimatum: “Should Anything Happen to Iran … This Will Be a Direct Threat to Our National Security”
Syria:  The Russian Fleet recently docked in Syria. They spent a week unloading their high tech weapons like the unstoppable "Sunburn" missile. The SS-N-22 is considered the most lethal anti-ship missile in the world. An aircraft carrier has less than a 10% chance of stopping this 2,000 mph missile, because it performs evasive maneuvers faster than the NATO defenses can lock on to it.  A large cluster of Sunburn missiles will sink any fleet in minutes.
Pakistan:   China has issued an ultimatum: "Any Attack on Pakistan Would be Construed as an Attack on China”.  As noted earlier, if China is drawn into a war the Russians will join them.

China + Russia = A Superpower:   WW3 will not be over until every nuke is fired.  America, Europe and Israel will be flattened if they foolishly provoke the S.C.O. partners into WW3.  Unfortunately, rational thinking and respect for human life has never been what guides the Pentagon. The chance of a nuclear WW3 happening in 2012-2013 is greater than 60%.

Why will the USA and NATO take military action that leads to WW3 ?
The USA and Europe are bankrupt.  America became a rich country in the first place because after WW2 it was the only highly developed country that still had it's industrial base fully intact. For 40+ years people all over the world bought items that said "Made in the USA" and Americans lived in unprecedented prosperity. Gradually the world's manufacturing base shifted to Europe and then to SE Asia, Mexico, Brazil, India, Russia and China. At the same time America declined into it's current bankruptcy.
America will never again be the global economic champ. The emerging economic heavyweights are the BRIC nations, with China leading the pack. China will also emerge as the global leader in terms of military capability and technology within 10 years. This reality sends a shiver down the spines of everybody in the Pentagon and NATO.
The spoiled USA and NATO decision-makers are too insecure and irrational to accept the reality of ranking below China and Russia both economically and militarily, as all the experts are predicting. Accepting the inevitable consequences of military overspending and warmongering, and changing their behavior to improve the lives of Americans and Europeans is not an option on the table of the elite. They got into this mess by military overspending and warmongering, and they foolishly believe that more warmongering will get them out of it. Old habits and old ways of thinking die hard.
If you live in a big city it's time to think about moving to an area with a very low population density, and it's time to start practicing self sufficient living. Preferably nowhere near a port or a military base.
Posted by Dr. Goldstein at 11:49 AM

HOW MANY REFUGEES SHOULD CANADA TAKE IN ? 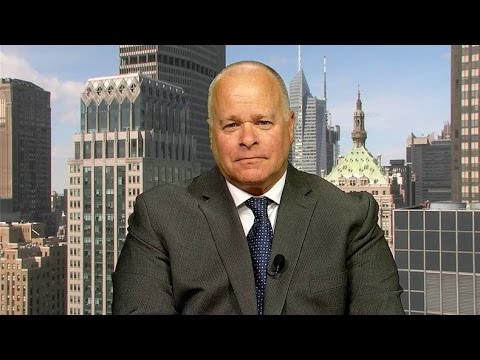 Dr. Goldstein
Freedom and Democracy are not the same thing. Democracy is 51% of the people trampling on the freedom of the other 49%. Freedom means making your own choices, and living your life as you please without government intrusion.